Keeping a good, solid lock on your door is extremely important if you want to protect your valuables. However, with added security, you’re usually sacrificing convenience and user-friendliness.

These locks often have big keys that are unwieldy. With the new Schlage touchscreen smart lock, those problems disappear, because it combines high-level security with a variety of modern features for convenience.

The main way this lock advertises that it can be opened is through the keypad. When first setting up the lock, you can set your own code, as well as multiple others to give to family members or close friends that you want to have access.

By making multiple codes, you can keep track of who’s entering the house and when, giving you better information on when people are coming over. This lock can also be opened using your smartphone, eliminating the need to carry around housekeys as long as you have your phone on you, which most people do most of the time.

A common issue with touchscreens is that they leave fingerprint smudges. This helps thieves enter by looking at the commonly pressed digits, and trying combinations based on that, which significantly lowers the amount of time it takes for them to crack the code.

Schlage’s lock has a fingerprint-resistant screen, so it’ll be impossible for criminals to simply guess the right digits they need for the code. People are often worried that by buying a smart lock, they’re sacrificing security in the actual manual lock, leaving a spot that can still be picked and compromised.

This lock has a great manual lock as well, being given a grade 1 ANSI rating, the highest that a residential lock can receive. This means that it is incredibly difficult to pick this lock if they try that method over the touchscreen.

Another layer of security that this lock provides is the built in alarm. With many locks, you just have to rely on other systems to trip an alarm if someone manages to make their way through it. However, with this lock, you have 3 different levels of alarms. There’s the one for activity, which gets triggered by someone interacting with the handle or door. There’s the tamper alarm, which gets triggered by someone trying to pick the lock or crack the code. Finally, there’s a forced entry alarm, which sounds after someone has opened the door through an illegitimate method. 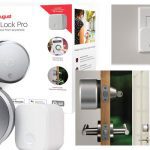 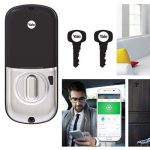 What Type of Keyboards Are There?

Keyboards, like every other computer gadget, have evolved from how they used to be. Today, they come in various types, structures, and dimensions. Each type offers its own advantages and functions that will serve you better than others. In this article, we take a look at some of the most popular types of keyboards you… 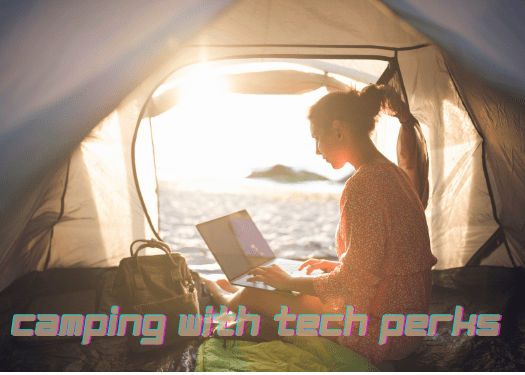 Many tech products will give you a great camping experience when you are out in the woods. They are designed to make you take charge of some rather difficult camping situations so that you can enjoy your getaway. Four of these products and how they can come in handy during camping include the following: Mosquito…

What is a Phablet?

[toc] A phablet is a device that has the similarities of a tablet and a smartphone. Recently, tablets’ sizes have shrunk from 10 inches to 7 inches while smartphones, on the other hand, increased from 4.3 inches to over 6 inches. Manufacturers started producing bigger phones and smaller tablets, and this gave rise to phablets…